I don't always have photos of pots to show my followers so thought I'd pick up on this meme I found on the blog of Elephant's Child...

Sunday Selections was originally brought to us by Kim, of Frogpondsrock, as an ongoing meme where participants could post previously unused photos languishing in their files.

The meme is now continued by River at Drifting through life. The rules are so simple as to be almost non-existent.
Post some photos under the title Sunday Selections and link back to River. Clicking on any of the photos will make them larger on your screen.

These were taken at a beach a couple of hours drive up the coast. Not bad for a winter's day... we have very different weather today - all grey gloom, so it's nice to look at these and feel a bit happier and even a little warmer... have a good day wherever you are in this wide world. 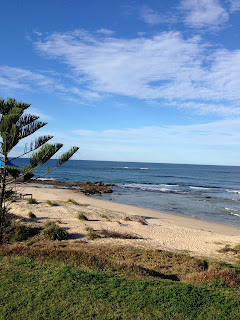 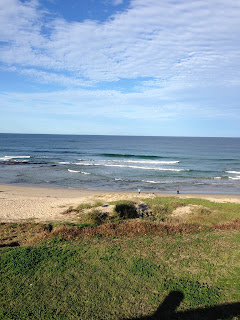 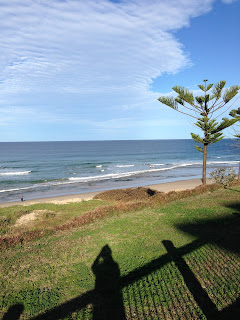 These violets are rather special on a few levels. 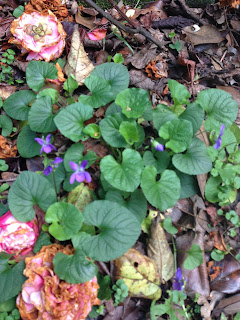 The original plant was grown by my mother (now passed) when we lived on a dairy farm.  My older brother took some runners and grew them at his place.  As they needed thinning he put some in a pot and passed them along to me.

They have taken a year or two to flower but are doing rather well this year.

My husband gave me a big bunch of violets on the day we bought my engagement ring and on top of that his mother's name is Violet.

So when I updated my Facebook avatar these were some of the flowers in my vase. 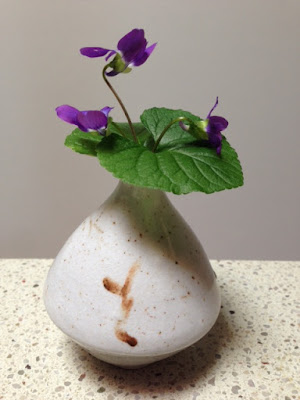 some test results and making jewellery

Another week gone by in a flash and don't you find the second half of the year speeds by faster than the first half?

The iron oxide tests gave me some interesting results... it will need to be repeated though as I messed up the quantities on the second batch..
Still the 2.5% of iron oxide in a clear glaze base looks nice and speckled which is worth mixing up a larger batch to try.  What I thought was 6.5% is actually 9% - it's a while since I mixed test glazes... 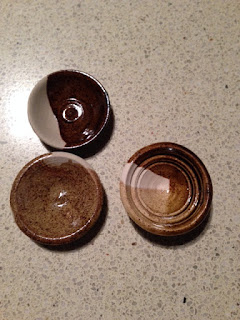 First is a stall with the local potters group on Thursday 28 July in the foyer of Sutherland Hospital, 9am to 2.30pm.

Parking is awkward but we often sell to staff as well as visitors. 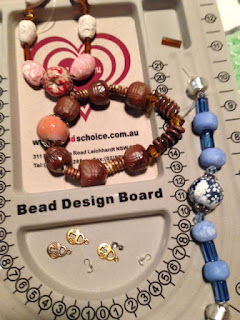 I've made some new bracelets and brooches...

in addition to some pendants... 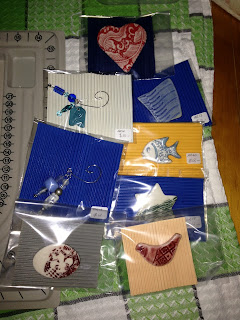 then there is the biggy
The Sydney Teapot Show

Here is a link to see where it is held in Glebe at the Inner City Clayworkers gallery.


I hope you can come along and say hi

Over on my Facebook Group called Anna's Aussie Ceramics (click to link) we have a thing going called Saturday Shelfies...

This is my contribution today... hop on over and join the Group and see what others are doing today in their studios...

I was happy as the sun was shining to help the solar panels along and keep the cost down. 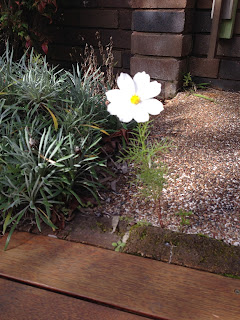 While it is running I don't work in there as even though I have an extractor fan I don't want to be around the fumes just in case...

So I did a little gardening and planted some seedlings for Spring or late winter depending on how they go... this little white Cosmos is confused and sprung up in the cracks.  I had to leave it there - brave little thing.

I recently attended an exhibition at the Manly Museum and Art Gallery on the other side of the harbour.

The weather was a bit iffy so we drove there this time.  I'm glad we did as the wind came up in the afternoon and I'm not a good sailor even on the harbour ferries.

This was a curated exhibition of applications from members of the Australian Ceramics Association called OverUnderSidewaysDown.

The curator was Glenn Barkley who will be the judge at the competition my pottery group are running in September - see about that here: http://porthackingpotters.blogspot.com.au/

Most of the works were of a very modern abstract with a bit of constructionism and naive influences (IMHO).

I must admit to preferring the traditional pottery shapes but I was impressed with the arty creativity of many others...

I'll just add some photos with the tags following and you can decide what you like then.

I missed the tag for the Aboriginal artist who made those beautiful large pots, his name is Rupert Jack from Ernabella/Pukatja.

Also thought it interesting that the gallery chose to put the work on trestle tables rather than plinths... 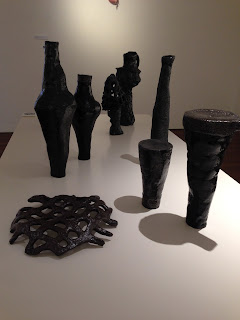 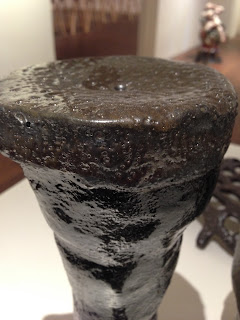 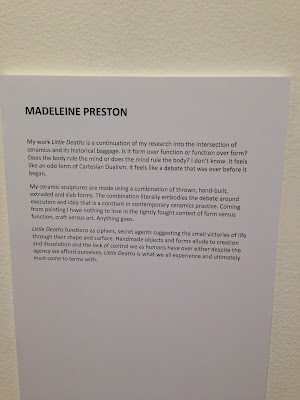 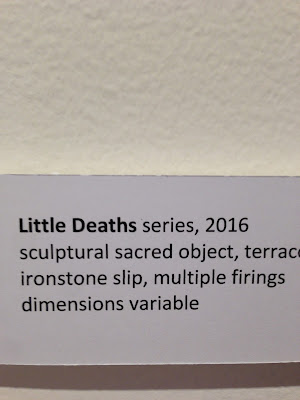 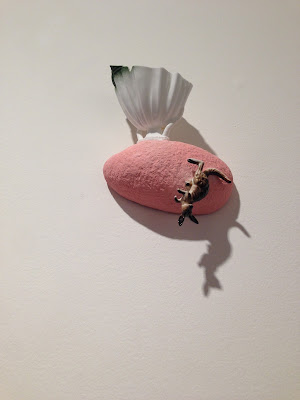 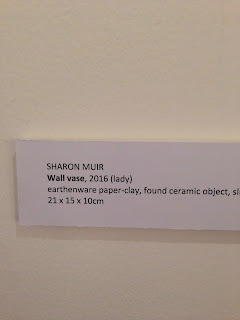 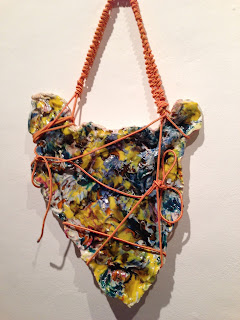 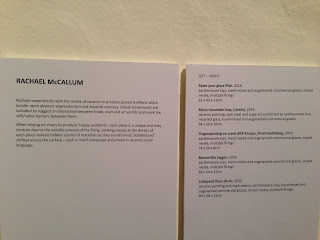 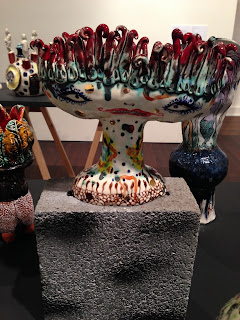 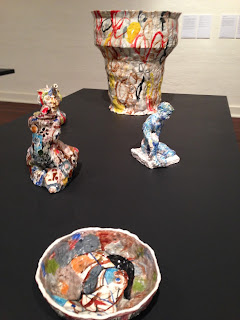 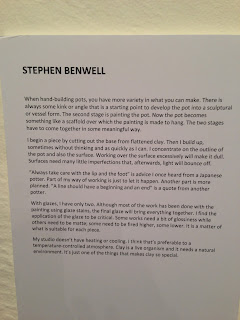 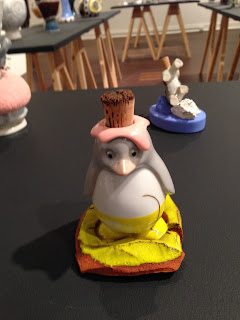 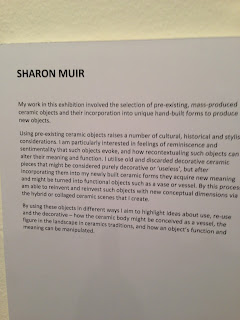 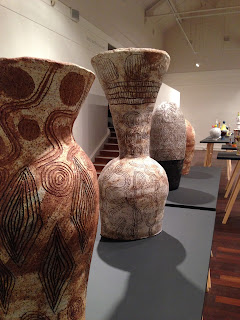 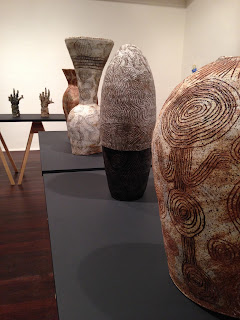 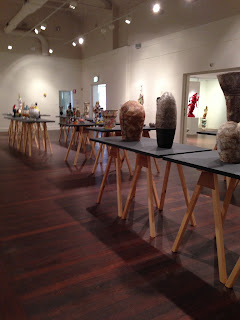 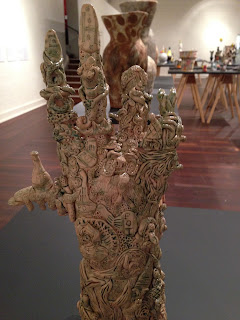 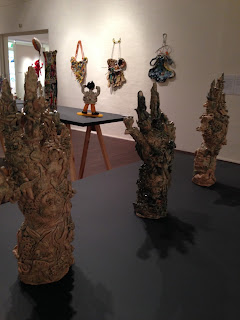 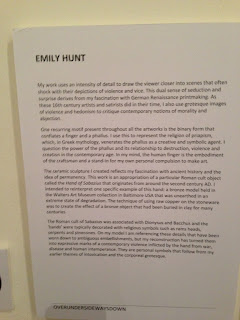 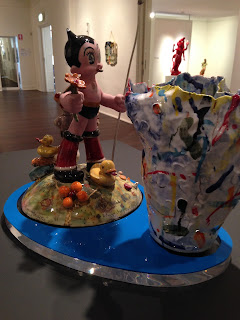 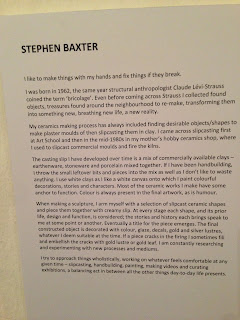