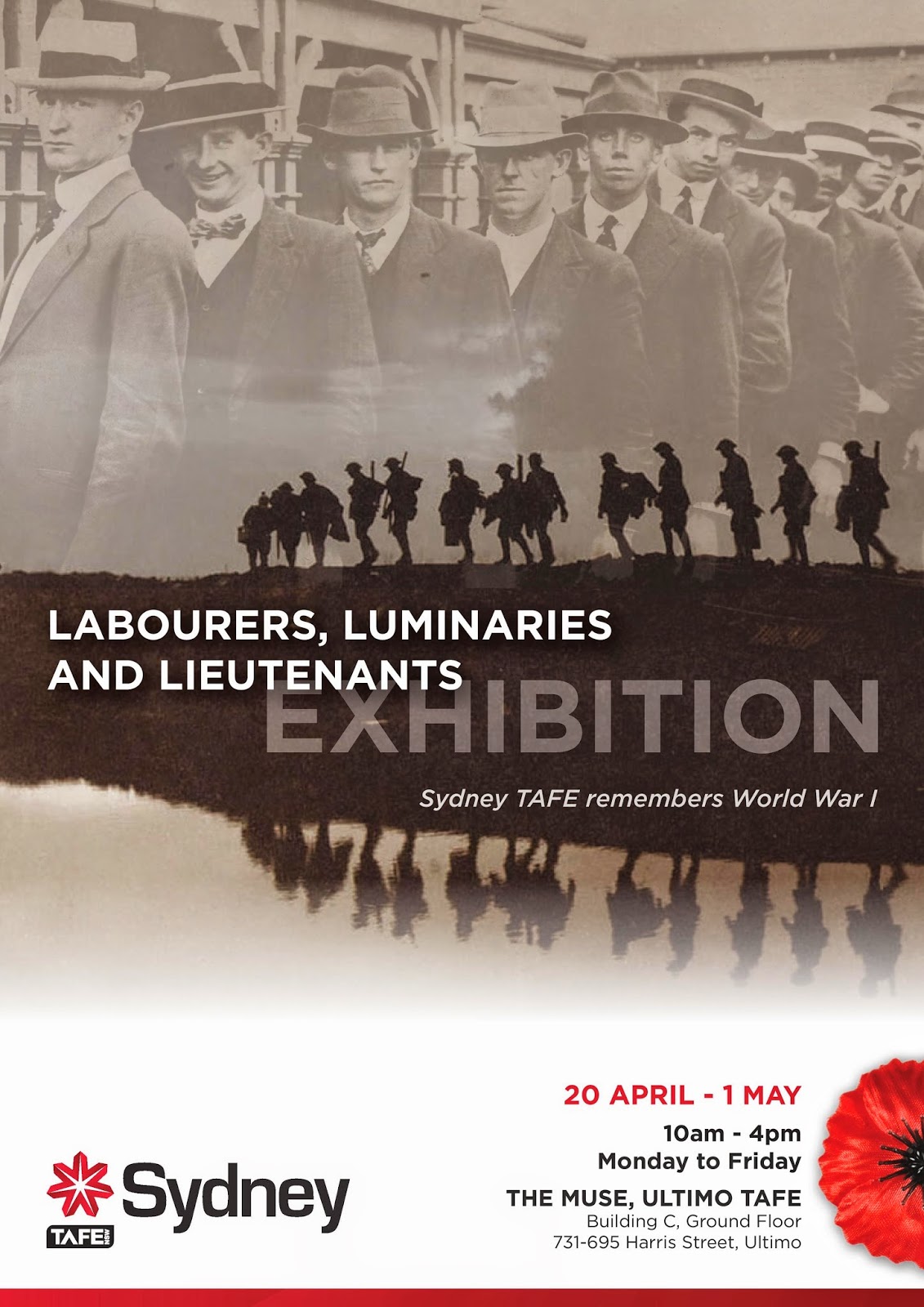 On Friday I will be delivering artwork for an exhibition being run to commemorate the 100 year anniversary of ANZAC's Day.  A National memorial day in Australia.

It is not a glorification of war but rather remembering with respect those who died in past conflicts.

Anzac Day is remembered in various ways, from special biscuits to games of 'Two Up'..

As London remembered the loss with the red tide of ceramic poppies, Australians will be taking part in many memorial activities this year.

The college I attended is putting on an exhibition to remember the many who contributed to the nation during WW1.

My grandfather joined up in the last year of the war leaving behind my grandmother and two little boys. Fortunately he returned though his health was damaged.

My father attended this college as a young man training to be an industrial electrician.  He was not allowed to sign up for military service for WWII as he was classed as Essential Personnel and sent to keep munitions factories running among other services.

I created this artwork during my Art History classes and it has been accepted for the exhibition.
It should be an interesting and moving collection. 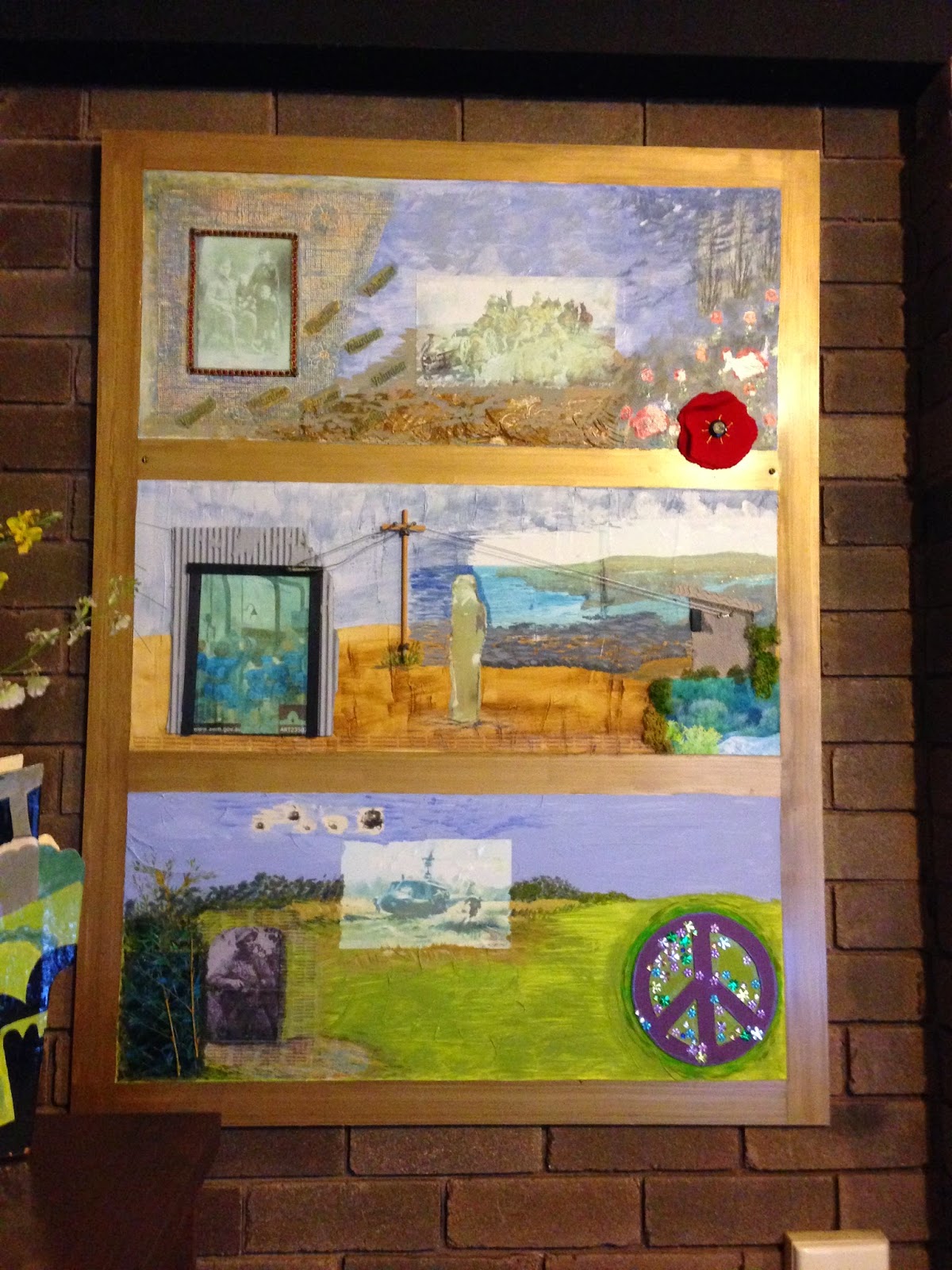 The artwork shows the three generations of men in my family and their involvement in WW1 (my grandfather) WWII (my father) and Vietnam (my brother).

I will also include a pot or two or three of the herb rosemary which we use for remembrance and in particular remembrance on ANZAC Day.

My pottery group friends will be taking part in the Heritage Week events...

If my cold has gone I'll be there too: 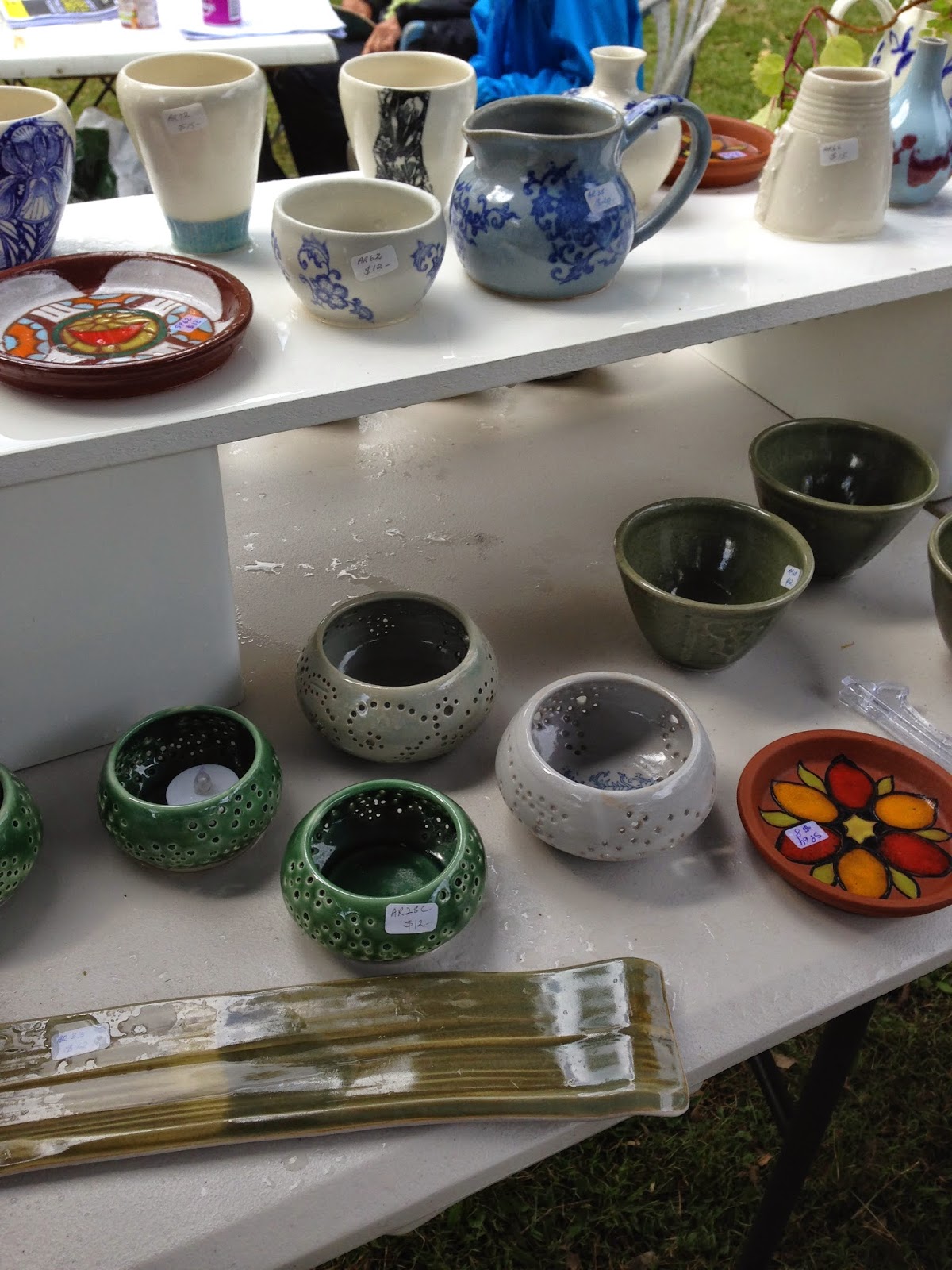 Check their blog for details:  http://www.porthackingpotters.blogspot.com.au/

Well I have another exhibition requiring planter pots..

They are not fired yet so I hope all goes well...  this is the largest one and I have three smaller ones underway... will they fit in my little kiln?  Will they be dry enough in time to fire?  Stay posted and I'll let you know.. 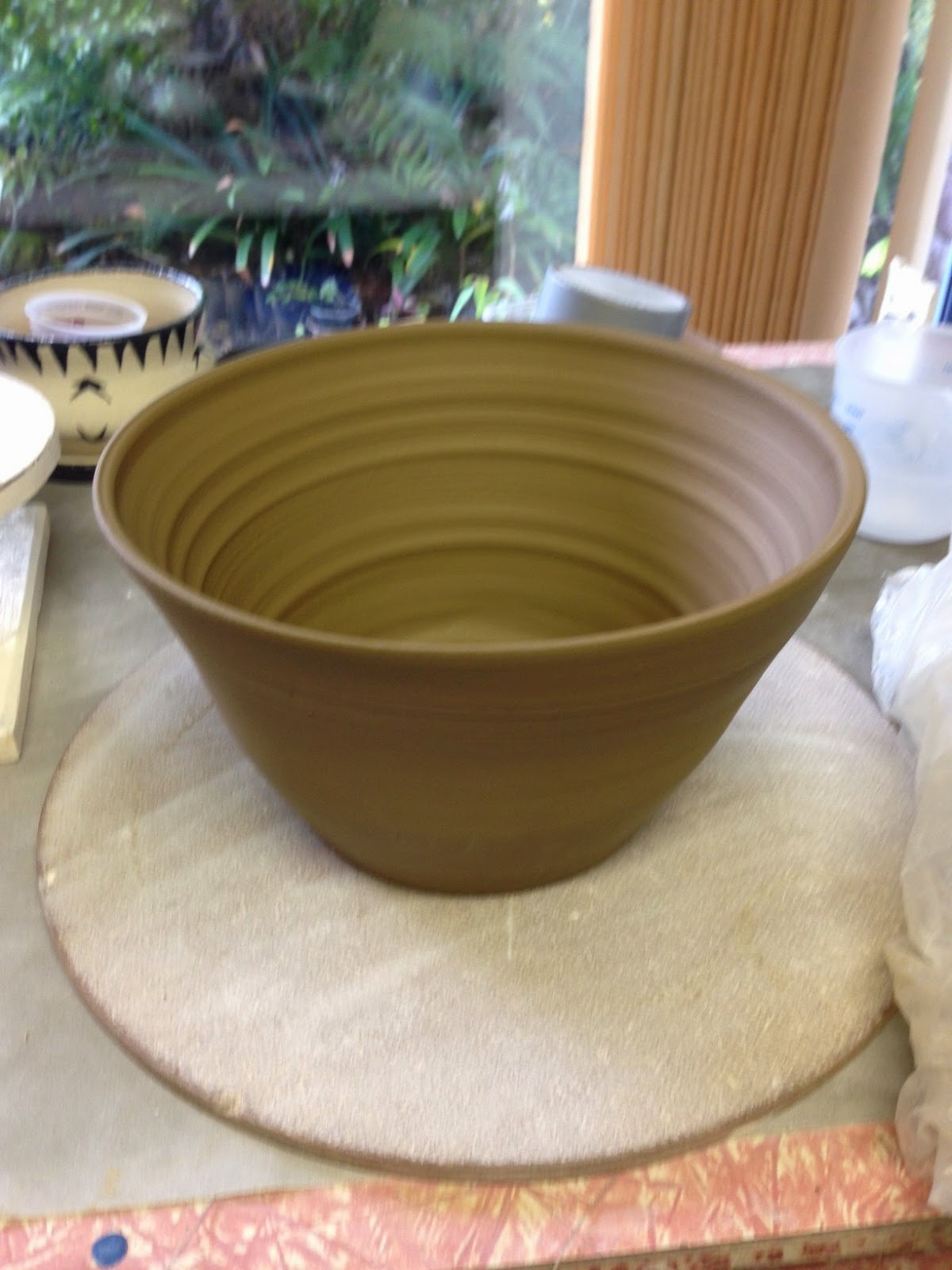