Mud Colony Bloggers Weekend Adventure.
The weekend was a holiday weekend in Australia and 6 members of the Group blog, Mud Colony met up to tour the Southern Gippsland area of Victoria. 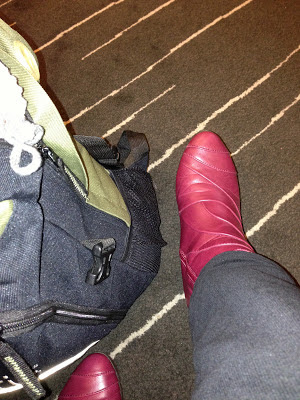 With my bags packed I headed to the airport on Friday morning for the flight to Melbourne where the beautiful founder of Mud Colony, Adriana Christianson, met the four of us that arrived from all points of the compass.
There was myself from Sydney, Sadhana from the NSW Blue Mountains, Marian from Northern NSW and Kim from Tasmania and we were joined later by Truly Southurst, a potter from Melbourne.

We were given a whistle stop tour of the major (potters) points of interest, the exhibition space, Small Pieces at Northcote Pottery
Then over to Craft Victorias gallery in the city, 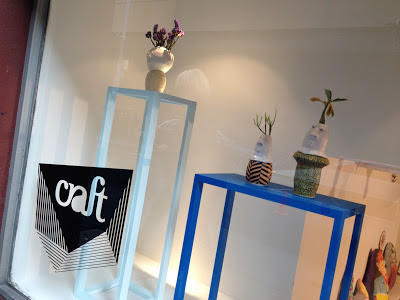 these works in their window are by Kim Jaeger of PotHeads.  Lots of other clever, beautiful, works inside..

We popped in to view a couple of other nearby galleries - no pic of those but I'm sure the others will have images if you follow them on Mud Colony.

After lunch at the Vic Markets we headed off to the Sth Gippsland and our home for the weekend.

On Saturday we visited Robert Barron's Gooseneck Pottery Kiln Opening and Winter Exhibition.  He is based in a beautiful rural area called Kardella to the west of where we stayed.

We were treated to the array of amazing works from his latest firing, a talk about the kiln and a demonstration of throwing on his motor assisted kick wheel. 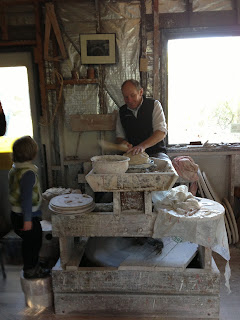 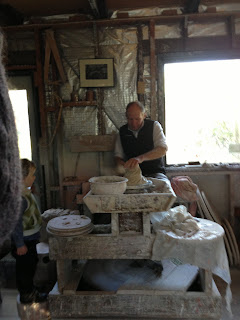 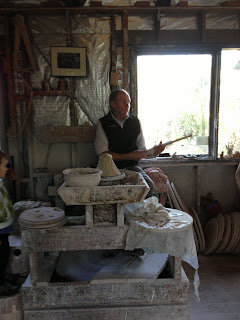 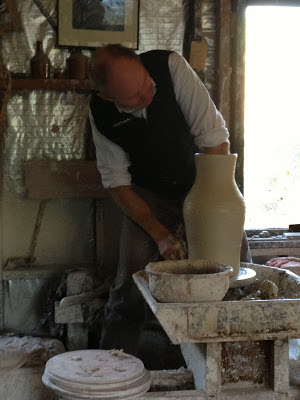 Rob Barron gave us a demonstration on his adapted kick wheel.  Note in the first couple of images above he is bashing the clay with a thick wooden tool to do the initial centering.

Back to our house for the night with a stop off to admire the view as the sun set over the bay... 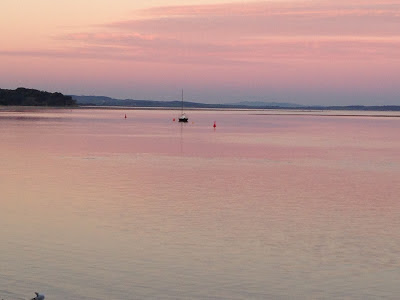 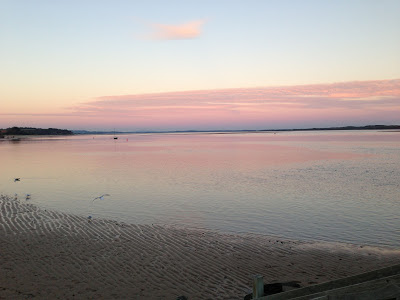 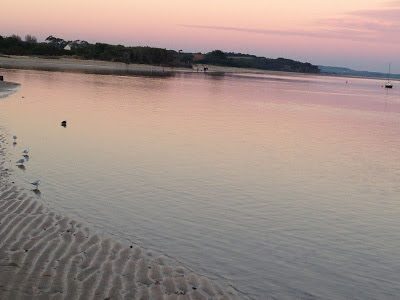 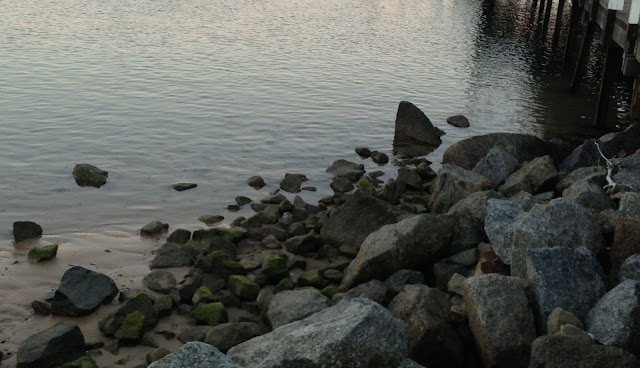 The next day was another adventure as we drove thru the farming area to get to our next wood firing potter, Zak Chalmers place - Valley Plains Pottery.

A beautiful family home and working pottery with his own gallery space, Zak's work is very different from that of Rob Barron's though Zak worked  alongside Rob to gain experience. 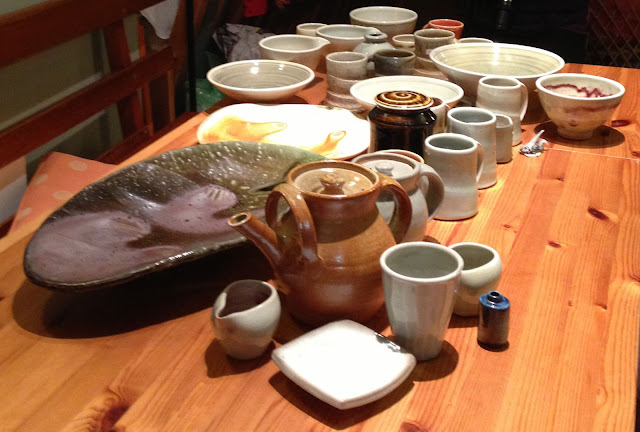 A big thank you to Adriana and the other potters for a memorable weekend.
PS: Thursday and now added to the Mud Colony group blog :)
Posted by Anna at 9:42 pm

Hi Annie
perhaps you will be able to join us next time :^)

As a complete novice to clay, I thought it was just because of my inexperience that I always want to buy other people's pottery. It was interesting to read that experienced potters also love to buy from other potters.

Hi Caroline
I think most potters have a 'collection' of others work. Once you have an understanding of the process you can admire the skill and techniques that others employ and appreciate the difference to your own works.

love that little salt glazed bottle! what a beautiful effect. after reading all these posts of your adventure i think i might have to get down to that part of the world. do you know if they have open days through the year, or is it just queen's bday?

Hi Georgia Harvey - I would suggest you contact Rob and Zak via their websites. I think I heard Rob say his next one would be November or December.
If you are in Sydney, the Kerrie Lowe Gallery at Newtown is having an exhibition of wood fired pots and Zak has work in that one.

Thanks for dropping in. The little houses at SMALLpieces are by Ann Ferguson

Hi Smallpieces, it was great to see your space. Thanks for identifying the maker, I've added a correction.