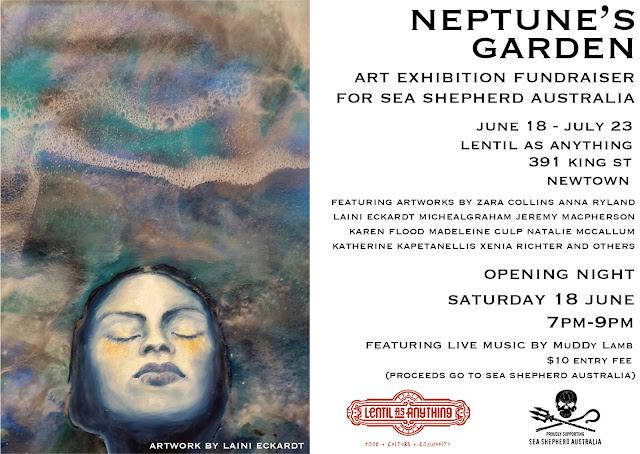 which is a fundraiser for the Sea Shepherd, Sea Shepherd Australia is a non-profit conservation organisation whose mission is to end the destruction of habitat and slaughter of wildlife in the world’s oceans in order to conserve and protect ecosystems and species.

Not everyone agrees with their tactics however I feel their efforts are worthwhile.

The exhibition is being held at Newtown in the restaurant called Lentil As Anything which has some great ethical ideas in how it operates.  Rather than charge a set amount they encourage patrons to pay as they feel the meal is worth.

Below are three little vases that are a part of my contribution. If you go along do let me know and maybe say hello if we meet there at the opening. 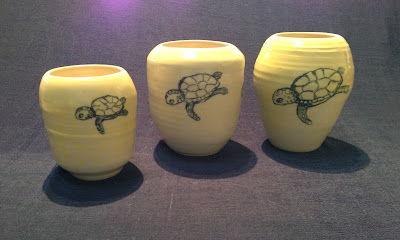 love the soft yellow and who doesn't like sea turtles, so sweet

Hi Linda thank you. I hope someone likes them enough to take home.