The second part of my blog post of my travels is about the Isle of Man. The island is a short hop by plane from Ireland and then another hop from there to the 'mainland' UK.

But here is an image taken in the village of Dalkey just outside Dublin, Ireland, it was in the window of the local chemist shop and must have been a project by local school children.. a great idea


Before leaving on my trip I had contacted Kathryn Mitchell of Kathryn Mitchell Ceramics, who lived in Australia for several years, trained in Ceramics in Qld but then returned to her home island in 2013.  It was great to see how successful Katy has been in such a short time, getting her business up and running.

Katy won the wheel thrown section of the 2012 Port Hacking Potters National Competition which was judged by Greg Daly. (the competition is running again this year, they have a Facebook page here: Facebook link and blog here: Blog link for more detail ).  It is fascinating to see how Katy's work has developed to suit her new circumstances.

We could only stay for a few days but we were lucky that there was an Art Trail on that weekend which Katy was involved in and so had her studio open to visitors.  It is such a lovely location with rustic surroundings of the owners furniture restoration and refurbishment business.


Katy was giving her visitors little spoons to take home and I had taken one of mine to give to her so we swapped but I know I did well out of the swap!  A little pourer and dish also came home with me. Fortunately light enough not to tip my bag weight over as the planes in and out of the island are not very big and have low weight restrictions. Tricky when you are packing for 6 weeks in a cold climate tour!

As part of the weekend there were pottery demonstrations and yarn bombing going on in the second city of the island, Peel.

I missed the raku event but met up with the potter Matt Owen, the next day and saw the results.


The pots go so well with the timber work of the other artist, Graham Hall, to display their work.  This was shown in the church hall along with another potter, Faye Christian who was doing hands on wheel lessons and the stall of Celine Appleyard. What a talented lot.

The weather was often foggy as we drove from one side to the other - anyone interested in motor bikes will know that the Isle of Man TT is about to be held.  How the riders manage those high speeds on those roads doesn't bear thinking about.
Spring was struggling through and though the daffodils had mostly finished flowering the blue bells were out in force and the fushia bushes just beginning to flower.

We had hired a car and so were able to take in some of the tourist spots such as the Laxey Wheel.


No puffins or Manx cats seen but perhaps another time.

Travels and meeting up with family and potters - Part One

You will have noticed the lack of blog posts..  I've been on an overseas trip.  Mostly to spend some time with my son in Ireland and then a bit of a tour of the Isle of Man and Wales and Somerset in the UK.

It was wonderful to spend time with my eldest son who has lived overseas for a while now. He was a great tour guide of Dublin and its surrounds.. Not only that, we went to some potteries and met up with a young potter in Kilkenny county, Claire Molloy,  who gave us a great demo of her horse hair raku technique.

Here is a link to her website: http://www.clairemolloyceramics.com/
and Claire is on Facebook too: Claire Molloy Ceramics

here are some images of her process: 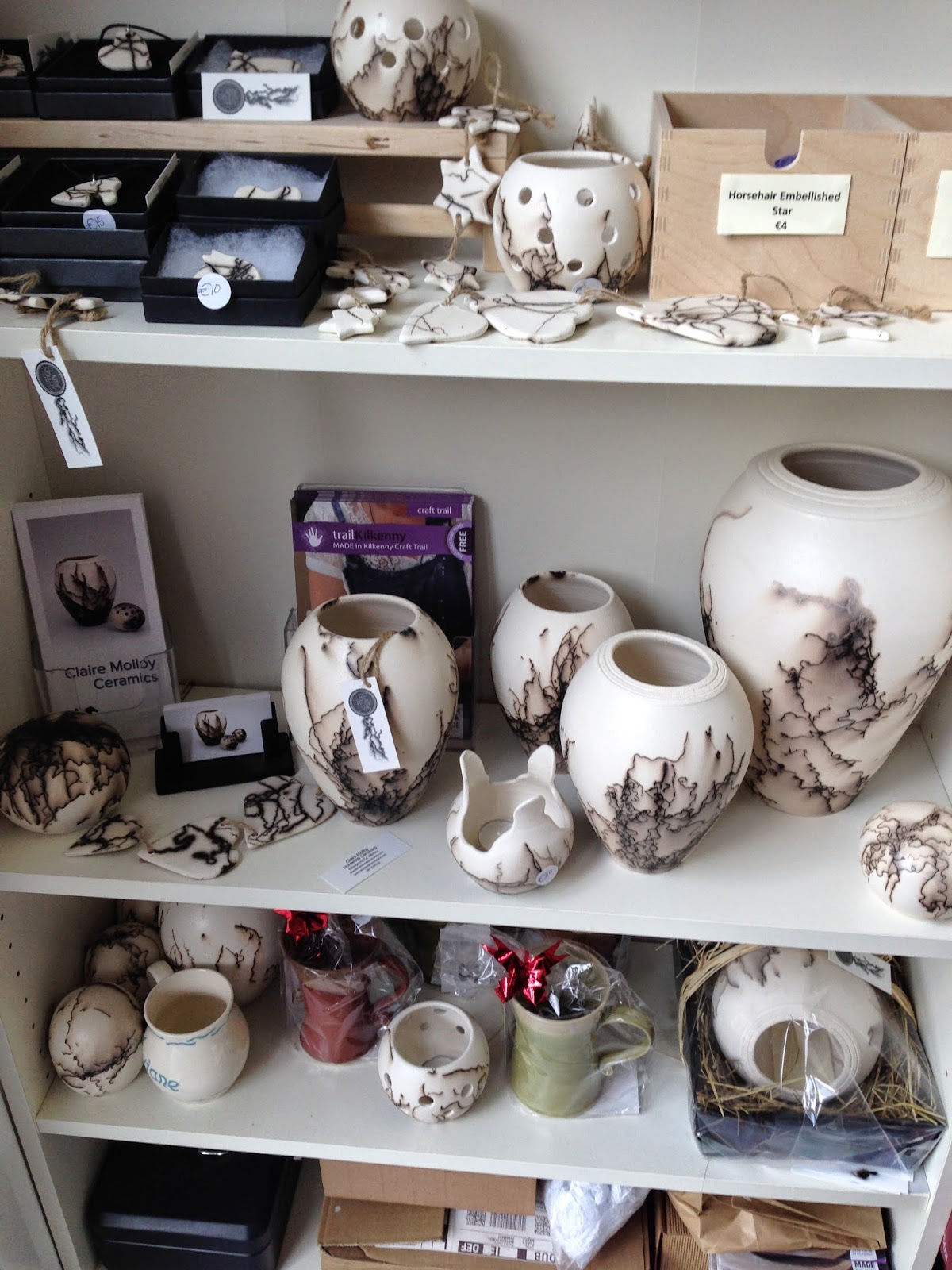 here is a selection of her finished work on display in her studio. As our next stop was to be the Isle of Man and the weight restrictions were quite low, I kept my purchase to a lovely little star pendant which made it back safely.  Thanks for a lovely visit, Claire.


Claire mentioned another pottery we could visit on our way to Kilkenny, Nicholas Mosse, at the other end of the handmade spectrum, this pottery decorates their wares with slips that are applied with sponges that have been cut into patterns.  The works are beautiful examples of the technique. They also have a museum and cafe on the site. 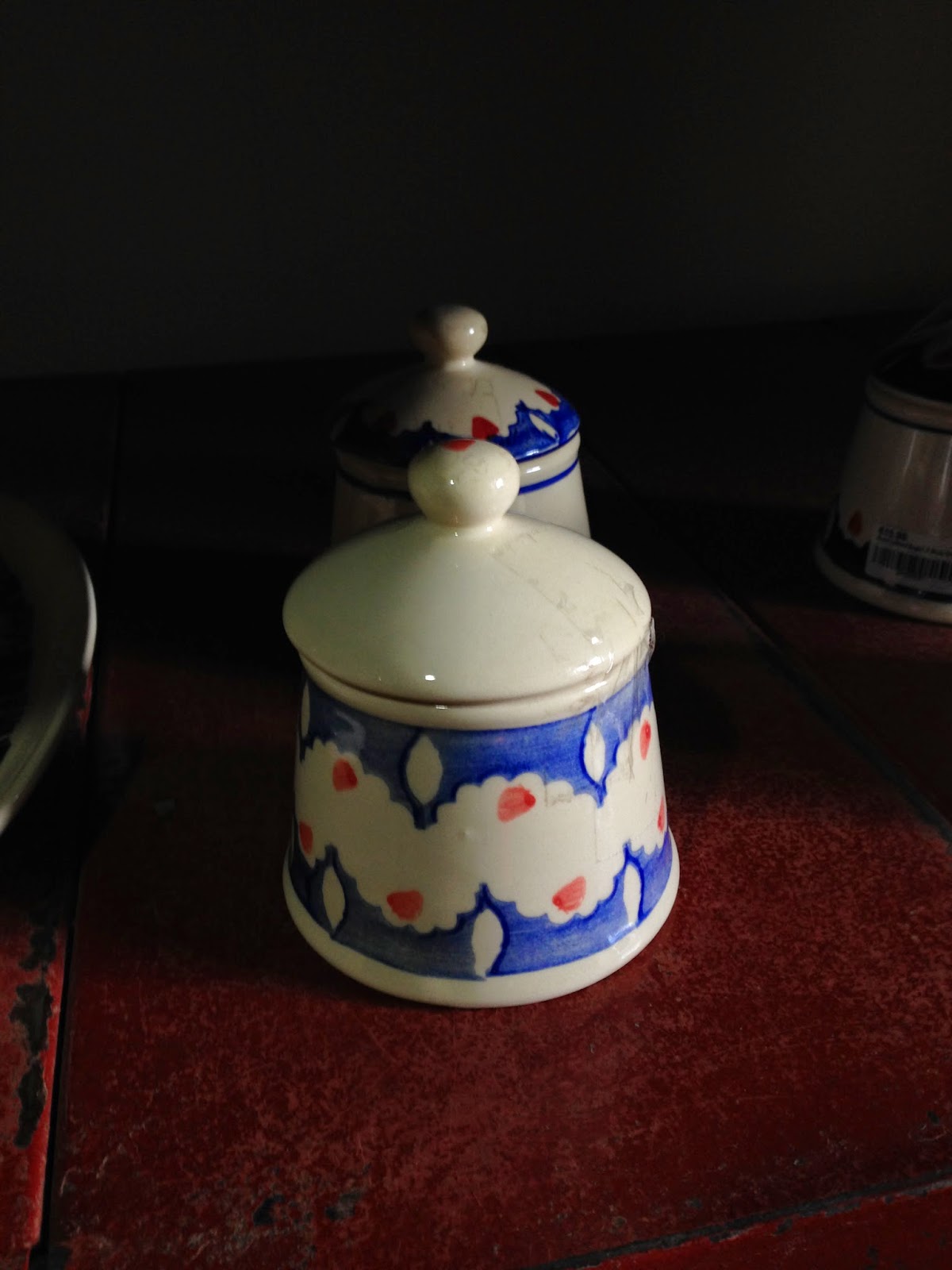 In Kilkenny just across from the castle is a craft and design centre with exhibitions and workshops.  The potter, Ray Power was in the middle of packing his kiln so couldn't chat. Nice pieces with some different glazes and some slip trailed decoration..  His website link is here: http://www.castlearchpottery.ie/ 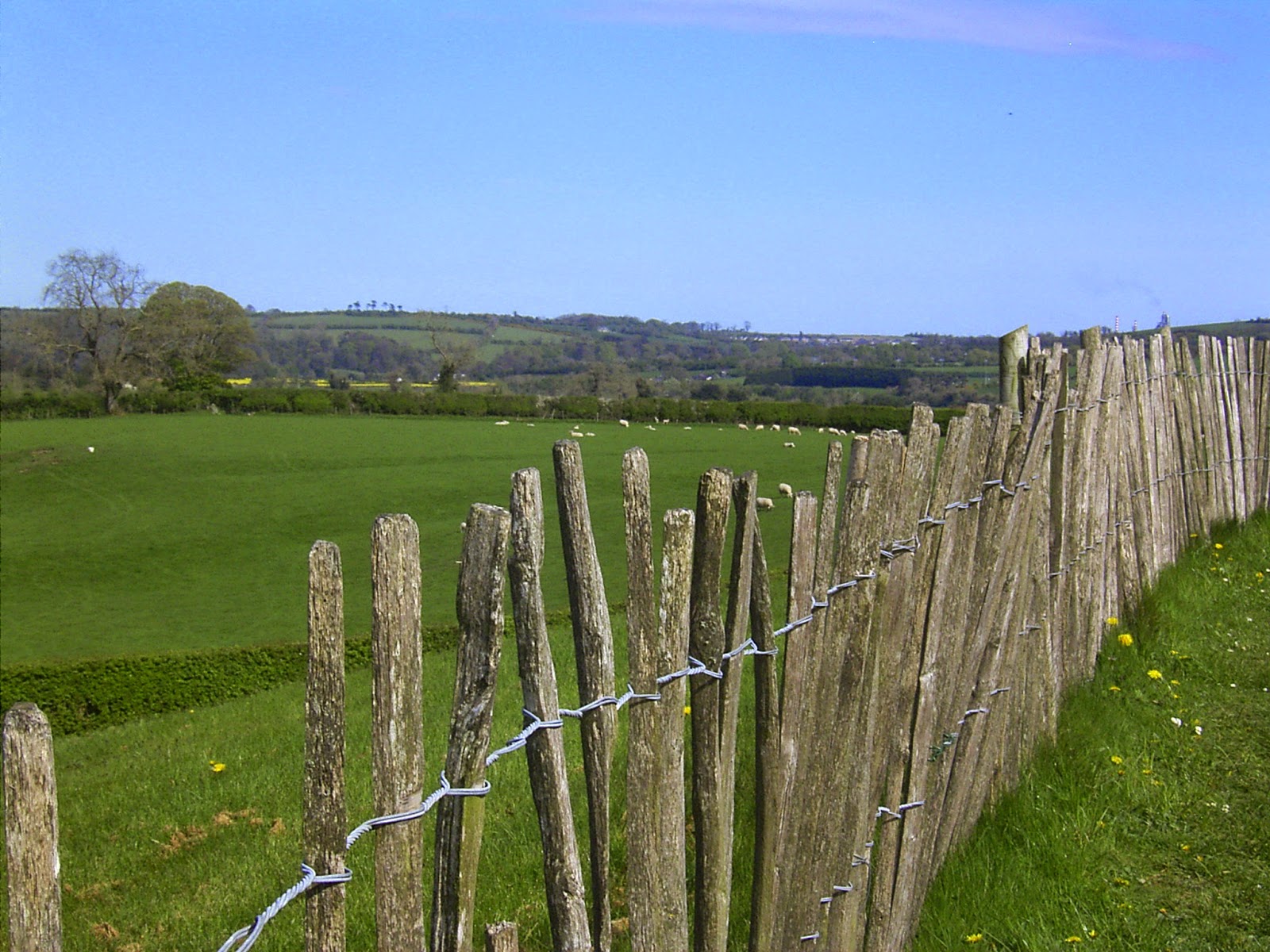 and the weather was kind to us most days though the wind was cold.  This was taken the day we visited the ancient site of Newgrange - a Celtic monument that has been refurbished to make it safe for visitors to enter. 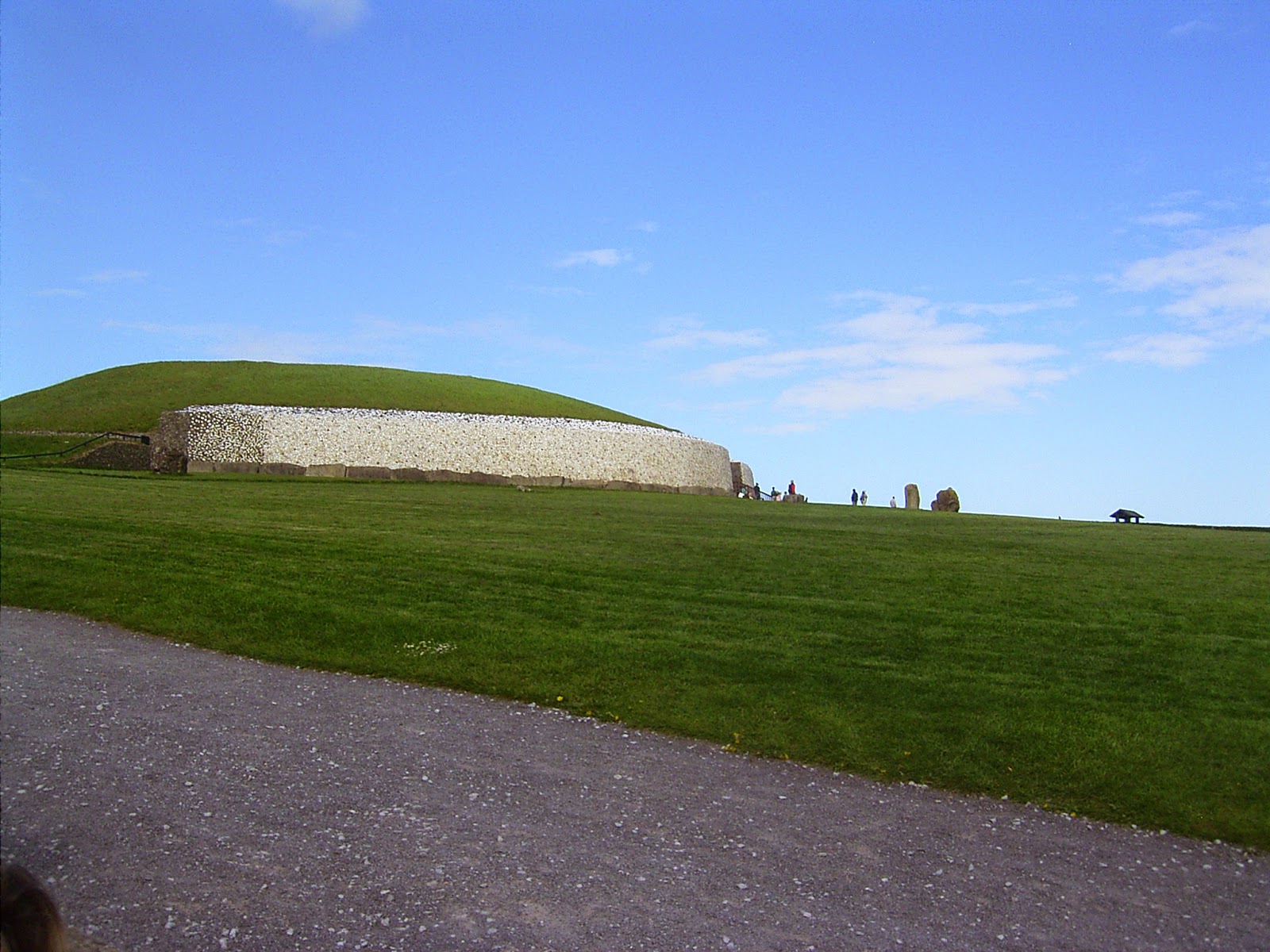 A long range view of the mound which is Newgrange.  There are also standing stones on the site which predate Stonehenge.
Part Two will be visiting the Isle of Man..