The trickiness of mould making

I have volunteered for a project for a family member for an upcoming event.

I don't want to spill the beans and say too much about it but to complete the work it would be easier if I had a plaster mould.

I have made several moulds while at college but for some reason this one is proving tricky.. it is a one piece mould and should be straight forward....

Never mind, I am progressing...  these shown here were extras as you always make more plaster than you think as it better to have some left over than not enough to fill the mould! 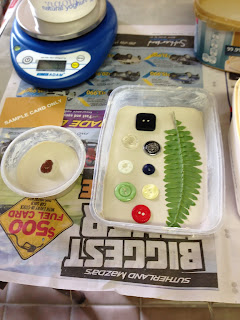