I had the great privilege of attending a demonstration and talk by Euan Craig, the potter from Japan.
I've been following his blog for many years now - click on the name to be taken to his site.

During the terrible aftermath of the earthquake that wrecked his home and kiln in 2011 Euan wrote in heart rending terms of the experience and the hope of rebuilding.

Well he has rebuilt and now has a new kiln and a new home.  While I knew his story from his blog, it was a moving experience to see those images again and to hear him personally recount that story as he gave a presentation before getting on the wheel. 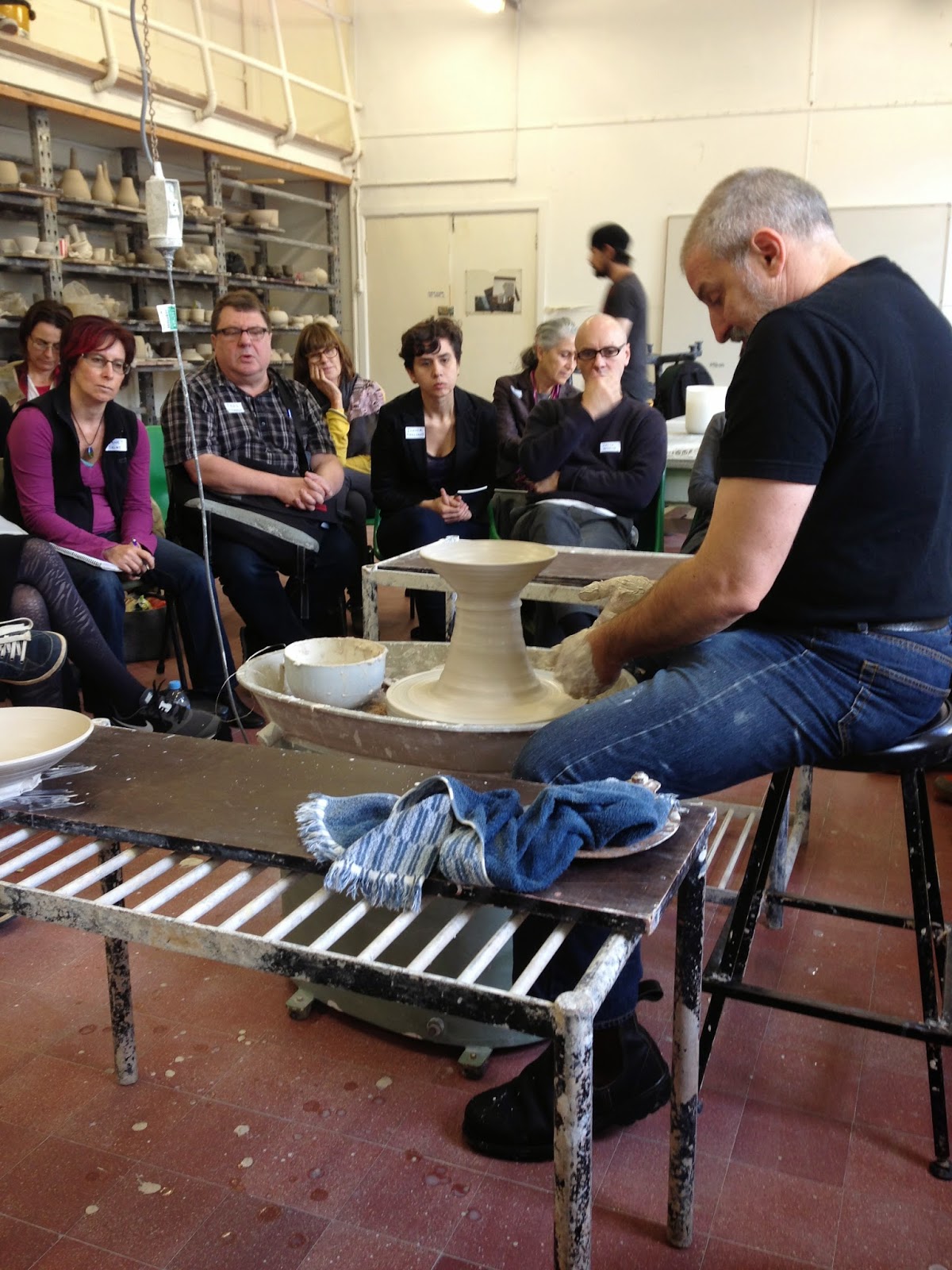 To see a professional potter working is a real joy. Both inspiring and daunting at the same time.  There is no way I could manage the 12 kgs of clay he centred on the wheel and then proceeded to quickly throw bowls from 'off the hump' as us westerners call it.  Apparently that is the usual way work is made in Japan and for them throwing one piece at a time on the wheel head is more unusual. 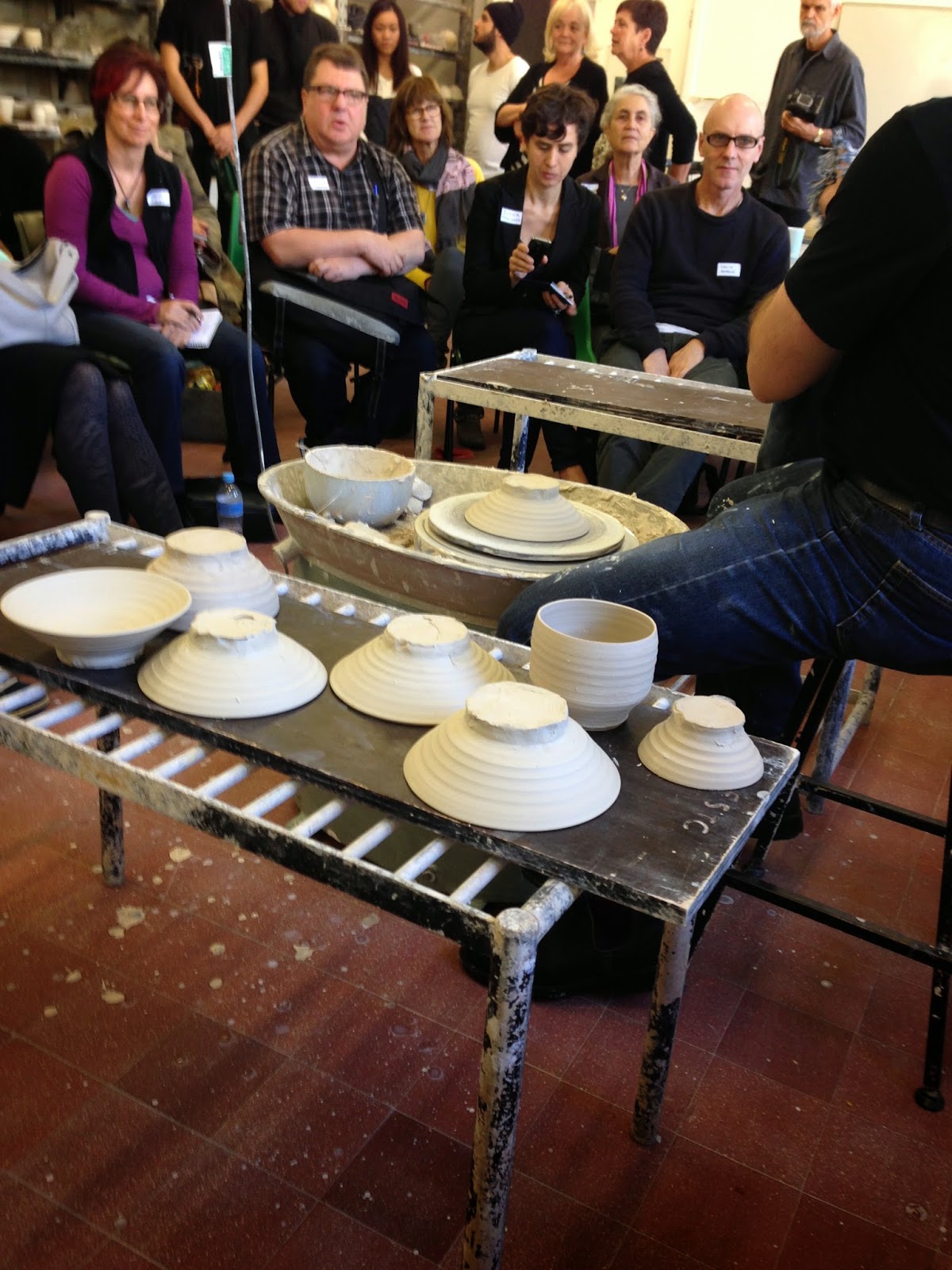 Euan had thrown some work a couple of days earlier so we could see him trim some bowls. 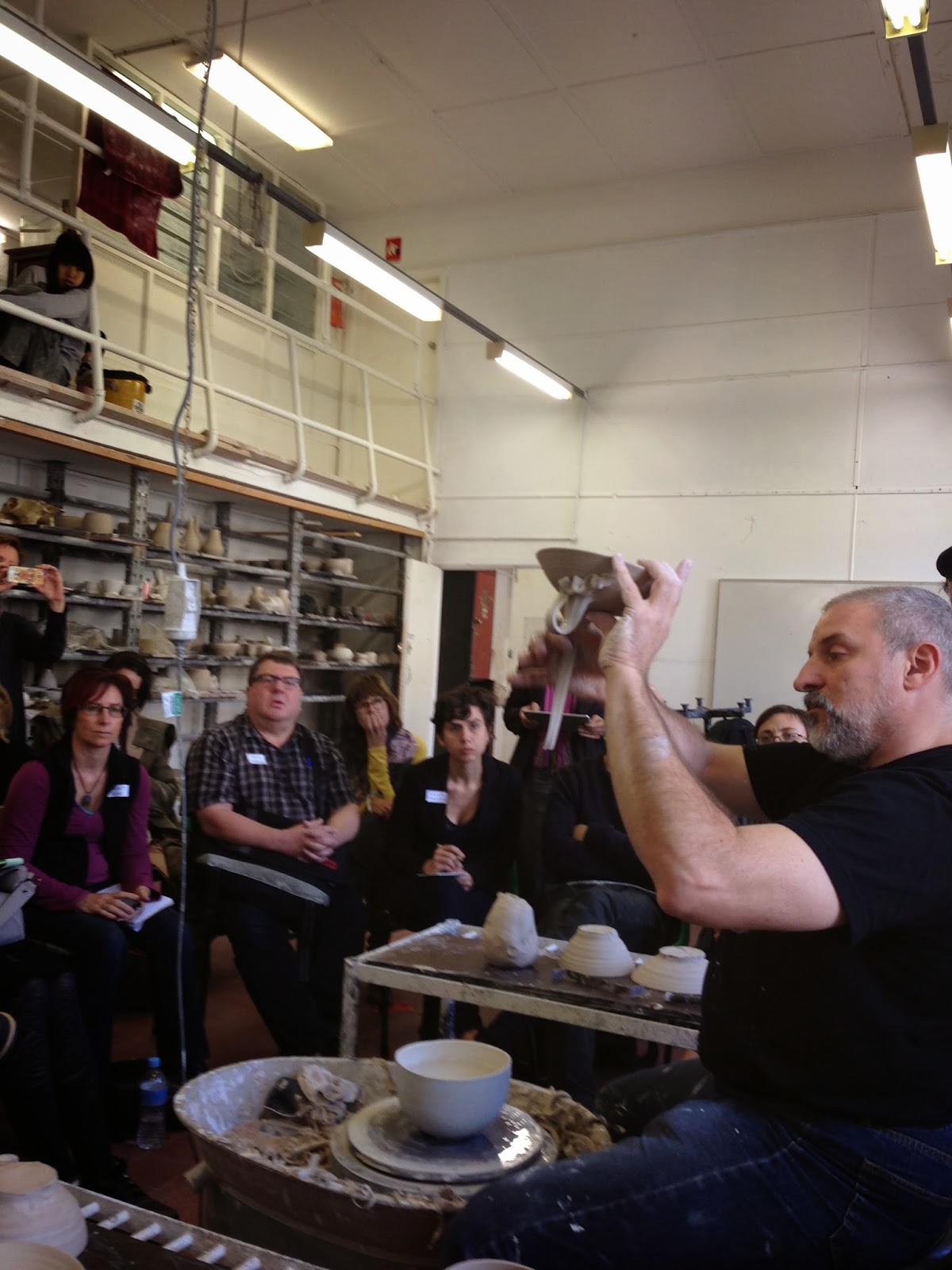 He then made a footed bowl using pulled handles that he looped over... 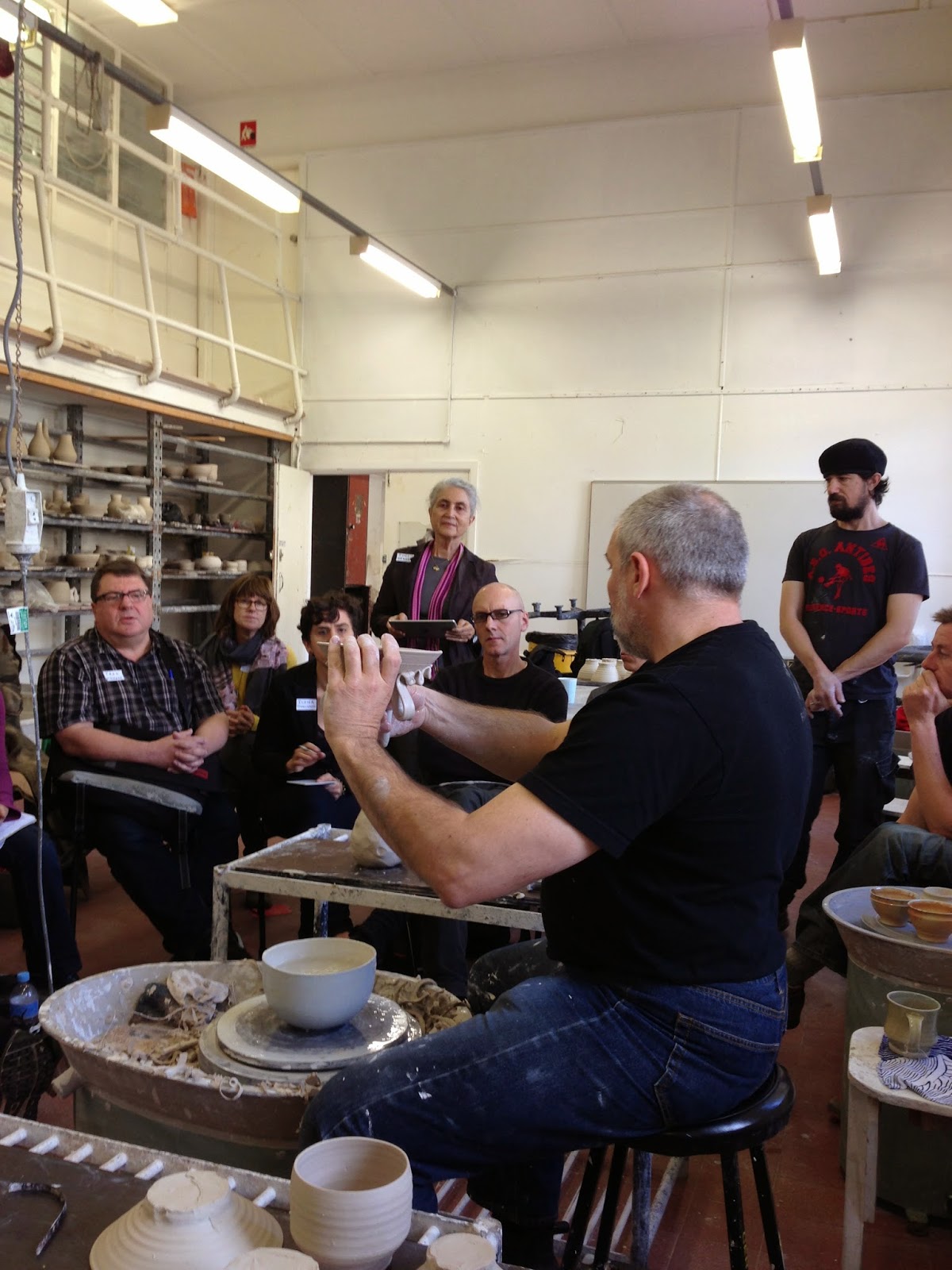 He had also previously thrown the base of a large vessel and proceeded to throw the top part of it ready to join the two together to make a tall vase..


There are more images on his Facebook page here: Euan Craig The Potter in Japan

I was delighted to meet Euan in person and to be able to bring home a small example of his work which I purchased .. a fine addition to my small collection...

Demonstrations are great! Thank you for sharing. : )

Hi Midori
It was great and he is such a nice bloke :)

what fun to meet someone you knew through their blog

Hi Linda
You never know who you might meet one day.. if you are ever in Australia let me know :)