The Sydney Punch Bowl and Tales of a Red Clay Rambler

I found this interesting little book in the local library ceramics section about a punch bowl.
The Sydney Punch Bowl was made in China in the early 1800s before England and Europe had discovered the secrets of making porcelain.

Highly valued, the Chinese porcelain punch bowl in this case, would have been made as a blank undecorated piece in the city of Jingdezhen in China.  It was then commissioned by someone with Australian connections to be decorated with scenes of the fledgling city of Sydney. This probably would have been done in Canton as there was very restrictive access to China by foreigners.

I can't help but think of the connections many Australian ceramic artists have today with Jingdezhen.  For example, Janet De Boos has in the past, designed works to be produced there in relatively small runs and then sold through major department stores back in Australia.

Some Australian ceramic artists go to Jingdezhen to take part in workshops to produce bodies of work which are then displayed or sold in Australia. Others just go for the experience of working with a township with a centuries long tradition of porcelain production.

If you like history books this one also has many illustrations of early Sydney taken from various prints and drawings of the time.

The bowl has monogrammed initials in gilt which over time have been almost completely erased so the intended first owner is some what of a mystery.  The punchbowl is now part of the collection of the Mitchell Library in Sydney.  There is also mention of a second punchbowl which is held at the Maritime Museum in Sydney which was bought back from an American collector.

Not sure about you, but I really am not fond of housework so to keep me going this morning while I clean I have been listening to a pod cast from the collection by Ben Carter, the American potter.  Here is a link to his blog where you can find a link to his pod casts:
http://www.carterpottery.blogspot.com.au/2009/05/welcome-to-tales-of-red-clay-rambler.html

I was listening to his interview with Australian ceramic artist/potter, Mel Robson.  Look for Episode 76 if you would like to listen.  Mel Robson worked in her city studio in Brisbane and then moved to the very centre of Australia, Alice Springs, where her work has undertaken a big change.  This link shows images of her past and present work..  very interesting..  Click Here

And like me you love images more than text so look at this sweet little flower I found on my morning walk... 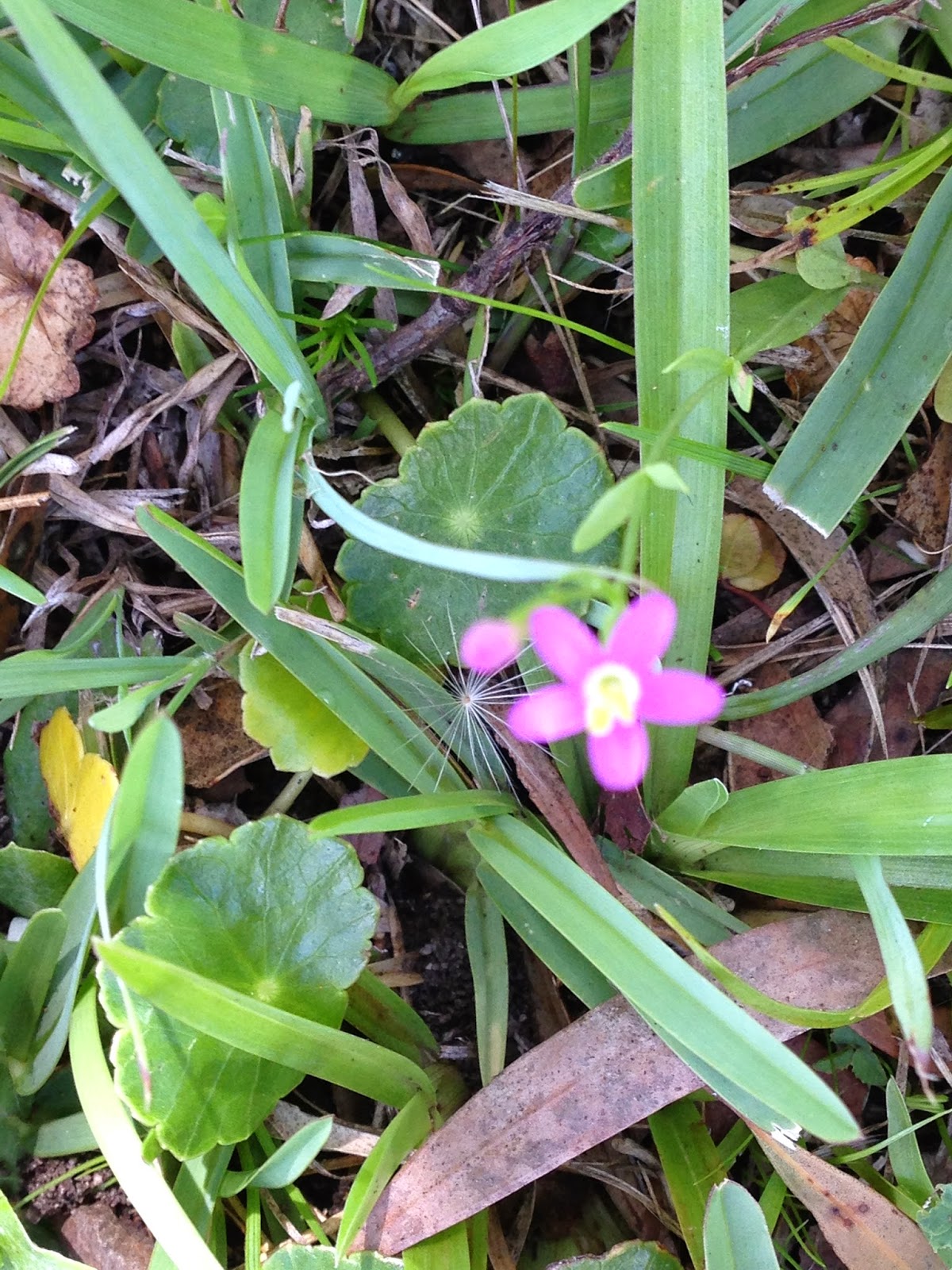 How nice to discover "The Sydney Punchbowl" at your library. It is interesting that some Australian ceramic artists are connecting with Jingdezhen, there seems to be quite a flow of American potters passing through there too.
Thanks for saying about the pod cast by Ben Carter, I will have a listen.. I haven't made much use of pod casts as yet, but they seem like a great way of sharing ideas.
Hope your part of Australia is safe from the bush fires, they sound horrific and particularly bad this year.

very interesting about the punch bowl

thanks Linda, glad you found it interesting..

Peter thanks for commenting.. and no fortunately the bush around us was safely burnt back before summer started plus we have had coastal showers where I am in NSW.. South Australia and Victoria seem to be getting the worst of it this year... I've only tried a couple of pod casts but I know of potters who listen while they work.. prefer some classical music myself :)

Well done Anna, just learned something
new! Also the flower is so lovely.

I have just learned something new Anna!
The little flower is very cute, along your line of decoration.

Hi Therese
Sorry you had trouble posting your comment... now I have two from you :) the little flower was swaying in the breeze.. I might try to find it again :)

So it works after all Anna, I am glad and shall leave comments more often....

that would be lovely Therese :)